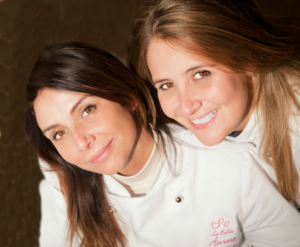 Their adventure began in 2012 with participation in the “Cake for children” competition, where they won the first prize.

In February 2016 La Belle Aurore participated in “That Takes the Cake” (Round Rock-Texas) with a cake in honor of Shirley Temple, representing her films with dolls. They won three awards: gold in the “Master”, “Best Division Master” and “Best of Show” categories.

In the same year, at the New York Cake Show, they were ranked among the 10 best cake designers in the world.

The three artists stand out for their unique modeling techniques, as well as for the use of the multi-layer technique.